The Lincs & Notts Air Ambulance relies totally on the communities it serves to fund an average of 1,000 potentially life-saving missions every year. With no direct Government funding every penny raised is vital to help save lives every day. The Lincs & Notts Air Ambulance’s Nottinghamshire Fundraising Manager, Jim Vickrage, said: “Soon after meeting our neighbours CSY in Chase Park, Nottingham, and hearing about what they do we realised that working together could be of great benefit for our Charity. We have 11 Charity Shops across the two counties we serve and before the installation of the CSY Vector Charity EPOS system, we used very old cash registers which, although functional, could not facilitate the collection of Retail Gift Aid

Head of Retail, Sally Thomas added: “We have a fantastic team of around 200 volunteers working alongside our Shop Managers, but most had never used an EPOS system before. With this knowledge, the team at CSY were extremely good at providing guidance and support. One of the biggest differences is that we are now able to collect Retail Gift Aid which means we receive an extra 25 percent of the sales price of donated items, providing the donor is a UK a tax payer. This is already making a big difference to our in-store donations.”

CSY has worked very closely with the Lincs & Notts Air Ambulance to develop the Vector Charity EPOS system that makes it simple for users, and at the same time giving great information back to HQ.

Sally continued: “We are extremely happy with the CSY Vector Charity EPOS system and are already working with CSY on a new idea which could help us to raise even more money for our Charity with the support of local businesses.”

CSY’s Managing Director Ross Pierrepont adds: “Creating a way to easily collect Retail Gift Aid for the Lincs & Notts Air Ambulance has meant that they’re getting more from the generous donations from their supporters. We have been able to develop the system to make it very easy to use, and we are very pleased to see that the Charity is already bringing in extra revenue from Retail Gift Aid.”

To find out more about the Lincs & Notts Air Ambulance go to www.ambucopter.org.uk 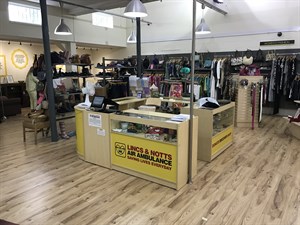 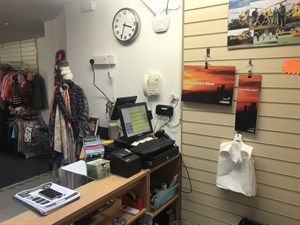 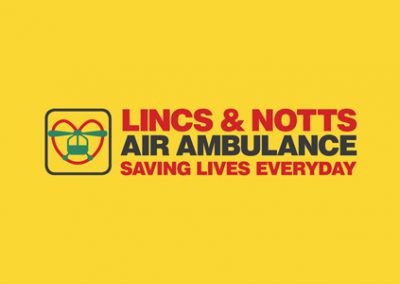