Known as the Aladdin’s Cave of York, Barnitts is one of the largest independent department stores in the very heart of York city centre. Established over 100 years ago in 1896, Barnitts have built a solid reputation and have acquired the local saying “if Barnitts haven’t got it, you can’t get it anywhere,” as they are locally known for not only selling homeware and DIY but also tools, garden and work wear, so you are bound to find what you are looking for. As Barnitts has developed and expanded over the years, they have quickly become an award-winning business and can’t stop being nominated, collecting awards like The York Press “Shop of the Year” and “Best Customer Service” awards, and National awards such as the British Independent Retailer Association “Independent Retailer” Award and “Excellence in Housewares.”

Over the years Barnitts have expanded and since June 2013 CSY have been there to help, providing them with the EPOS system to help their retail blossom. Before they came across us they were using a standard till system. “We wanted to improve our efficiencies and required more data in order to make decisions,” said Managing Director, Paul Thompson. “As a business, the biggest change in recent years has been implementing Vector and our ability to utilise multi-platform selling.”

One of the main features Barnitts were looking for within an EPOS system was to help with their stock control, “the people we dealt with at CSY gave us the confidence we needed about intelligent ordering. This was important to us as it reduces stock holding and increases stock turn.” Paul adds, “we can now lower stock holding, improve stock control and movement and we have better control of our budgets and spending.”

Another feature that Paul personally had found helpful is Vector Home Sync, “this option is great for working from home and attending tradeshows.” Vector Home Sync allows our customers to access their reports on their own device.

“Overall, we have always found CSY very flexible and accommodating. They listen and when we ask for development and improvements for some of our business ‘quirks’.” So if you find yourself in York, why not visit Barnitts and see for yourself why the local community nominated them for the ‘Service with a Smile’ award. 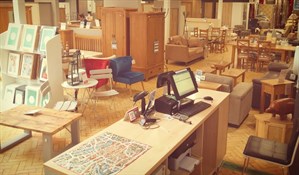 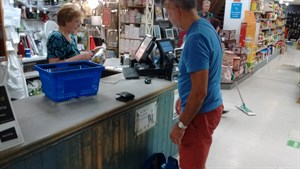 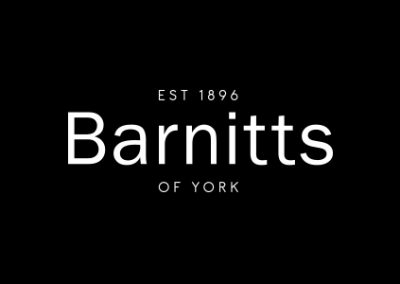